What is the Plastic Injection Molding Process?

What is the Plastic Injection Molding Process?

When thermoplastic and thermosetting plastic materials are produced, this process is referred to as the plastic injection molding process. In order to create these products, material must be heated, mixed, and placed inside of a injection tooling. When the injection mold cools, the material is extruded resulting in specific objects.

While plastic may seem like a relatively new invention, the first plastic object was actually created in 1851. A British inventor by the name of Alexander Parkes created a material that was then called Parkesine. Even though Parkesine proved to be both durable and innovative, it was also highly flammable, so it did not enjoy a long lifespan. In 1868, an American inventor by the name of John Wesley Hyatt developed a similar product that he dubbed celluloid. After joining forces with his brother, Hyatt created the first injection molding machine in 1872 year.

This injection machine revolutionized the way that objects were made. Items such as buttons, hair combs, and collar stays could be produced in this way. When the 1940s rolled around, the process became an essential part of the manufacturing business. Consumers demanded inexpensive products, which also had to be inexpensive to produce. Plastic was relatively cheap, so it grew in popularity.

The plastic injection molding process changed as a whole when the first screw injection machine was created in 1946. James Watson Hendry's screw injection machine allowed manufacturers to have more control over plastic injections. It proved to be such an advancement that many of the machines used today still function in the same manner. Once it was discovered that the process could be so precise, plastic replaced other materials, such as steel and ceramic.

Today, nearly every plastic item — milk caps, car dashboards, combs, phones — is created with plastic injection molding. In many different ways, plastic has replaced most other materials. Due to its flexibility, versatility, and reliability, plastic objects are popular around the globe.

The injection molding process makes it possible for manufacturers to create thousands of products at once. In addition, labor costs are relatively low within the plastic industry, and parts can be refined following the injection process. The main drawback to injection molding equipment is that it is often expensive to maintain and purchase. Still, plastic proves to be one of the most widely produced materials around the world. 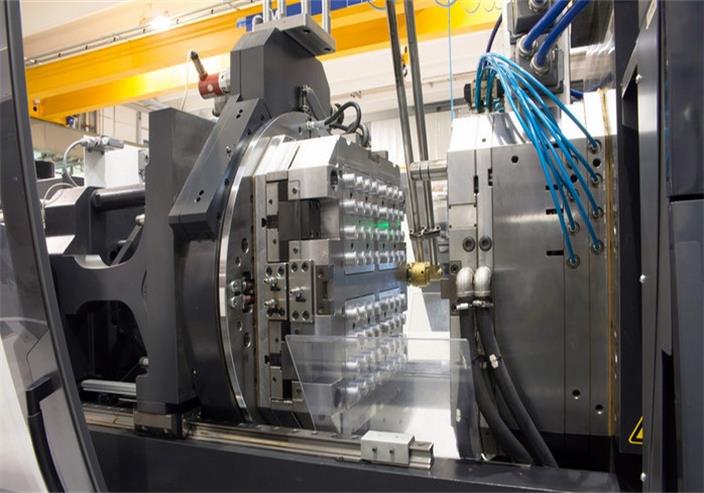 Do you want to know about more?

What is injection molding