What is an Aluminum Heatsink?

An aluminum heatsink  is a device used with other electrical devices that produce heat to help manage heat production and prevent electronics from overheating. This type of heatsink is often used on the central processing unit (CPU) within a computer. There are a wide range of different sizes and styles of heatsinks available. The material used to create a heatsink is a vital part of how well a heatsink will help reduce heat in an electrical device to which it is connected. An aluminum heatsink is one of the most common types of heatsink available, though these usually consist of an aluminum alloy and not pure aluminum.

The way in which an aluminum heatsink works is fairly simple. A heatsink is attached onto a flat surface on the device it is intended to help cool, such as a CPU or graphics processor on a video card. Heat transfers from the electrical device into the heatsink, which typically has a number of pins or fins coming from the flat surface that it shares with the device. Once the heat moves into these fins or pins, air around the heatsink transfers the heat away from the heatsink and eventually out of the system. Some form of interface material is typically used between the device and the heatsink, often thermal paste, which increases conductivity and heat transfer.

Heatsinks can be made using a number of different materials, though in general these materials are typically chosen for how well they conduct heat and energy. An aluminum heatsink is one of the most common and inexpensive types of heatsinks. Aluminum alloys are typically chosen to increase the conductivity of such a heatsink, and the alloy used is often chosen for a combination of material strength and conductivity. There are also a number of alternatives that can be used instead of an aluminum heatsink.

Copper is a better conductor of energy than aluminum, making a copper heatsink a more efficient option than an aluminum heatsink. Since copper is typically heavier, more expensive, and more difficult to work with, however, such heatsinks are more costly and less common for basic computer design. Diamond is far more conductive than either aluminum or copper, but it is also significantly more expensive. Alloys that include copper or diamond, as well as other materials such as aluminum, silicon, and silver, are typically used in making heatsinks for major computer systems that require greater heat transfer than an aluminum heatsink could provide. 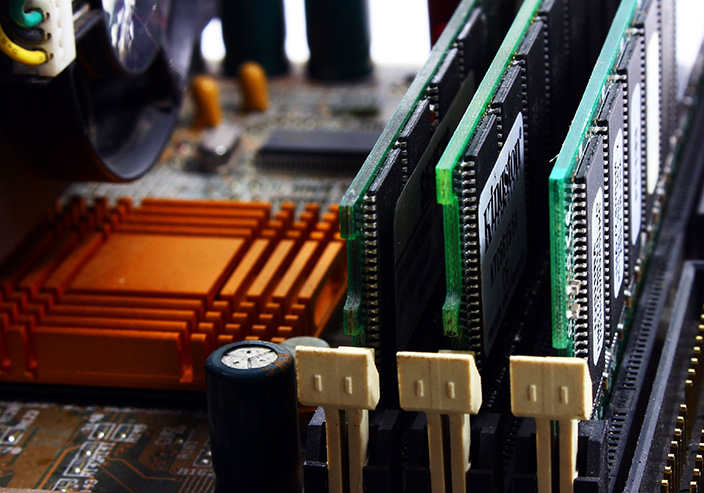 What is aluminum extrusion tooling?

What is a Fanless Heatsink?