What Is Anodising or Anodizing?

What Is Anodising or Anodizing?

Anodising  is  an  electrolytic  passivation  process  used  to  increase  the  thickness  of  the  natural  oxide layer  on  the  surface  of  metal  parts.  The  process  is  called  anodising , because  the  part  to  be  treated  forms  the  anode  electrode  of  an  electrical  circuit.  Anodising  increases  corrosion  resistance  and  wear  resistance,  and  provides  better  adhesion for paint primers and glues than bare metal. Anodic films can also be used for  a  number  of  cosmetic  effects,  either  with  thick  porous  coatings  that  can  absorb  dyes or with thin transparent coatings that add interference effects to reflected light. 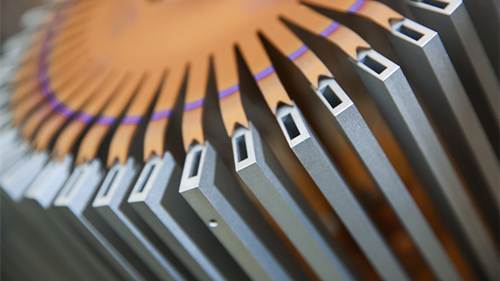 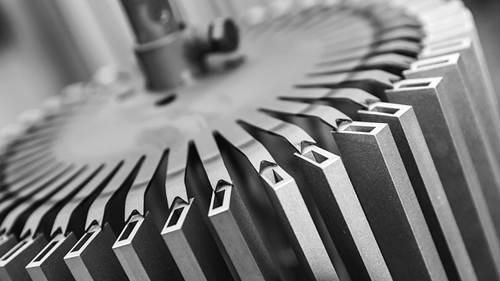 Anodising  is  also  used  to  prevent  galling  of  threaded  components  and  to  make  dielectric films for electrolytic capacitors. Anodic films are most commonly applied to protect aluminium alloys, although processes also exist for titanium, zinc, magnesium, niobium, and tantalum. This process is not a useful treatment for iron or carbon steel because these metals exfoliate when oxidised; i.e. the iron oxide (also known as rust) flakes off, constantly exposing the underlying metal to corrosion.

Anodising  changes  the  microscopic  texture  of  the  surface  and  changes  the  crystal  structure  of  the  metal  near  the  surface.  Thick  coatings  are  normally  porous,  so  a  sealing  process  is  often  needed  to  achieve  corrosion  resistance.  Anodised  aluminium  surfaces,  for  example,  are  harder  than  aluminium  but  have  low  to  moderate  wear  resistance  that  can  be  improved  with  increasing  thickness  or  by  applying  suitable  sealing substances. Anodic films are generally much stronger and more adherent than most  types  of  paint  and  metal  plating,  but  also  more  brittle.  This  makes  them  less  likely  to  crack  and  peel  from  aging  and  wear,  but  more  susceptible  to  cracking  from  thermal stress.

Preceding  the  anodising  process,  wrought  alloys  are  cleaned  in  either  a  hot  soak  cleaner  or  in  a  solvent  bath  and  may  be  etched  in  sodium  hydroxide  (normally  with  added sodium gluconate), ammonium bifluoride or brightened in a mix of acids. Cast alloys are normally best just cleaned due to the presence of intermetallic substances unless they are a high purity alloy such as LM0.

The  anodised  aluminium  layer  is  grown  by  passing  a  direct  current  through  an  electrolytic  solution,  with  the  aluminium  object  serving  as  the  anode  (the  positive  electrode). The current releases hydrogen at the cathode (the negative electrode) and oxygen  at  the  surface  of  the  aluminium  anode,  creating  a  build-up  of  aluminium  oxide.  Alternating  current  and  pulsed  current  is  also  possible  but  rarely  used.  The  voltage required by various solutions may range from 1 to 300 V DC, although most fall  in  the  range  of  15  to  21  V.  Higher  voltages  are  typically  required  for  thicker  coatings  formed  in  sulphuric  and  organic  acid.  The  anodising  current  varies  with  the  area  of  aluminium  being  anodised,  and  typically  ranges  from  0.3  to  3  amperes  of  current per square decimetre (20 to 200 mA/in²).

Aluminium  anodising is  usually  performed  in  an  acid  solution  which  slowly  dissolves  the  aluminium  oxide.  The  acid  action  is  balanced  with  the  oxidation  rate  to  form  a  coating  with  nanopores,  10-150  nm  in  diameter.  These  pores  are  what  allow  the  electrolyte  solution  and  current  to  reach  the  aluminium  substrate  and  continue  growing   the   coating   to   greater   thickness   beyond   what   is   produced   by   auto-passivation.  However,  these  same  pores  will  later  permit  air  or  water  to  reach  the  substrate and initiate corrosion if not sealed. They are often filled with coloured dyes and/or  corrosion  inhibitors  before  sealing.  Because  the  dye  is  only  superficial,  the  underlying oxide may continue to provide corrosion protection even if minor wear and scratches may break through the dyed layer.

Conditions  such  as  electrolyte  concentration,  acidity,  solution  temperature,  and  current must be controlled to allow the formation of a consistent oxide layer. Harder, thicker films tend to be produced by more dilute solutions at lower temperatures with higher   voltages   and   currents.   The   film   thickness   can   range   from   under   0.5   micrometers  for  bright  decorative  work  up  to  150  micrometers  for  architectural  applications. 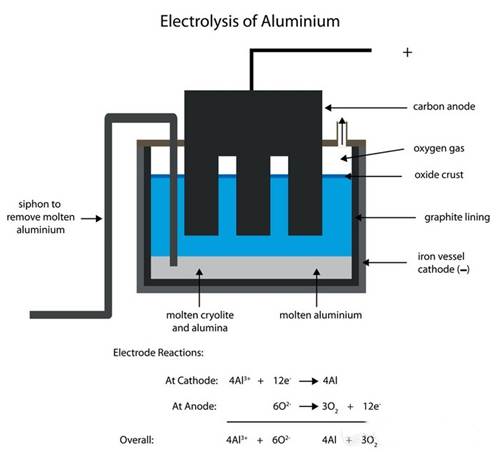 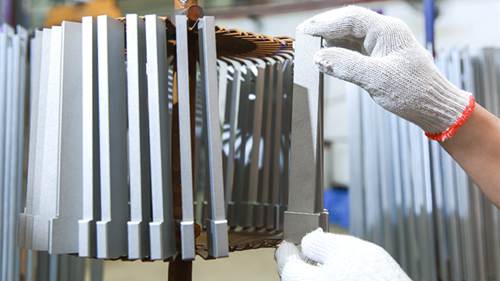